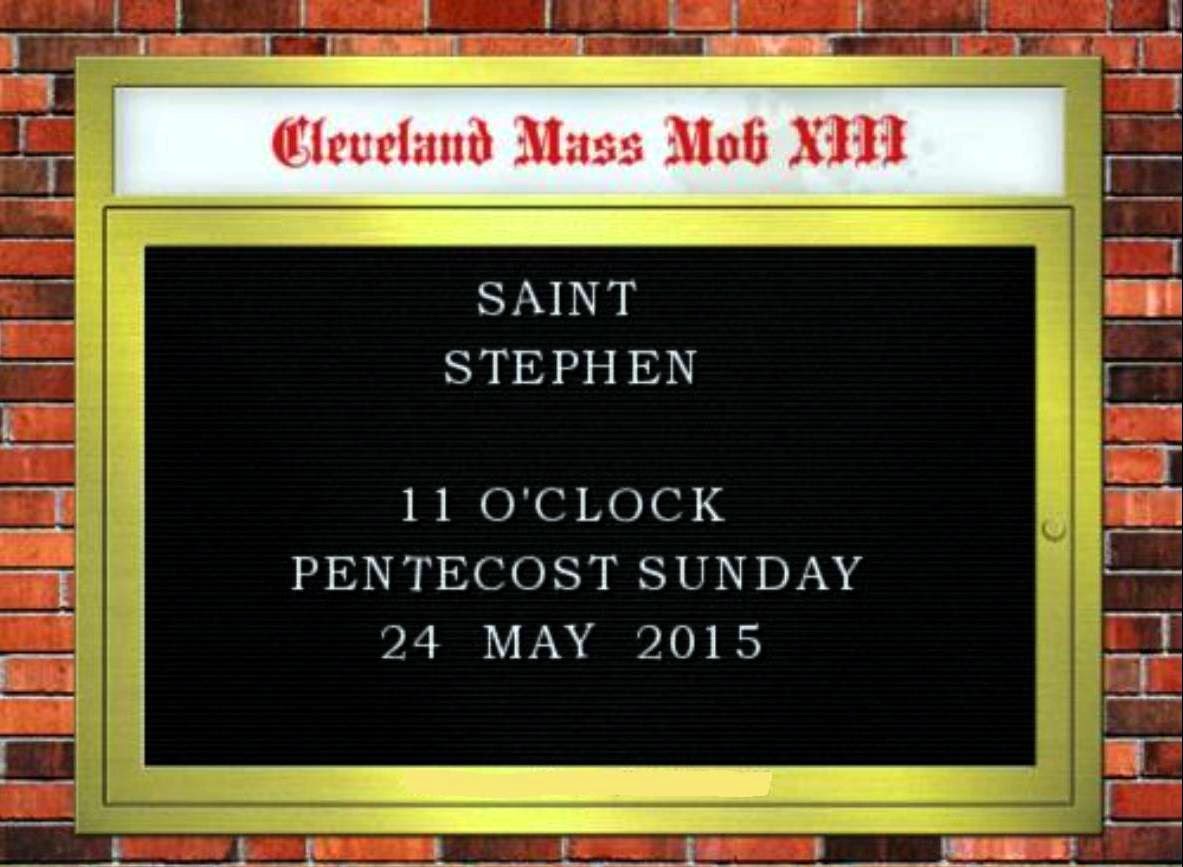 Pentecost Sunday is the perfect day for the mob to mass, for this is the day the Holy Spirit spread to the peoples of the Earth (first in Jerusalem). It is the birthday of the Church. You are invited, bring friends.

Saint Stephen Cleveland internally is a perfect late nineteenth century South German splendor. Much of the woodwork is carved oak from the old country. The pulpit before it sat inside church was part of the Columbian Expostion of 1893 in Chicago.

The windows are in the South German painterly style and were created with much fine detail. They were made by the Mayer studio in Munich. They came in 1906. The only older windows that remain are behind the organ. In 1953, a tornado blew out the windows from behind the altar. Forty years later, Mayer windows from the razed St. Joseph Woodland were put in. Other Mayer windows are at St. Adalbert's Cleveland, St. John Cleveland, First Methodist Cleveland...wherever they are, they are brilliant.

The building is made of sandstone quarried in Amherst. It is not a mediæval cathedral, but some of the same architectural features are evident. It is one of the few buildings around with functional gargoyles (monster shaped water spouts).

One can visually examine the details for hours, and with knowledge, see what a harmonious, cohesive, congruent, complete, and co-ordinated whole the interior is. A lot of this planning was done by the first pastor, Kasimir Reichlin. See this beautiful church, which has served a community for generations. Parishioners mortgaged their homes to help build their parish church, their spiritual home. This was not uncommon; so the question who does the church belong to?; is answered: to the People of God. This is the second church of the parish built between 1873 and 1881. The parish began in 1869, and quickly needed a bigger church.

Recently, this church and parish was suggested to be extinguished, then merged, then put on 'probation', and is now free from that threat. There were several parishioners willing and prepared to appeal to Rome. That is one trial St. Stephen did not have to undergo. 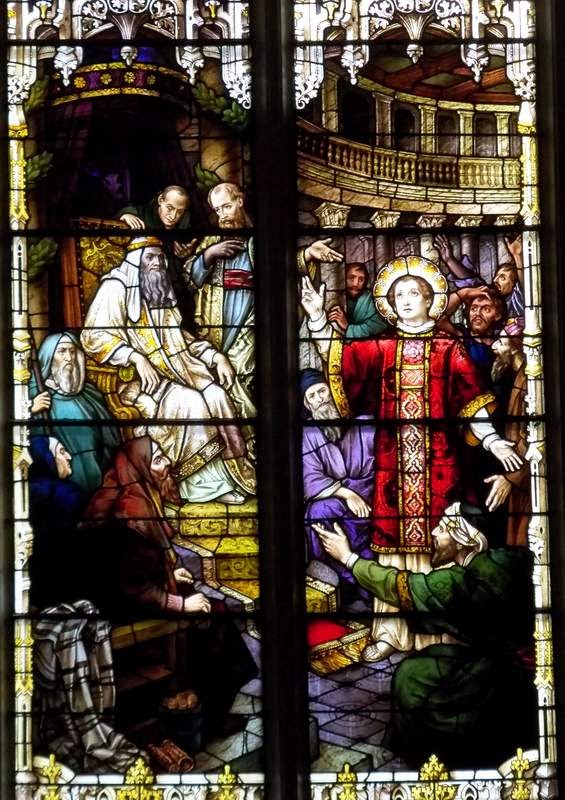 Trial of St. Stephen-Protomartyr before the Sanhedrin. Franz Mayer window 1906 Munich. St. Stephen Cleveland.
at 11:30 AM