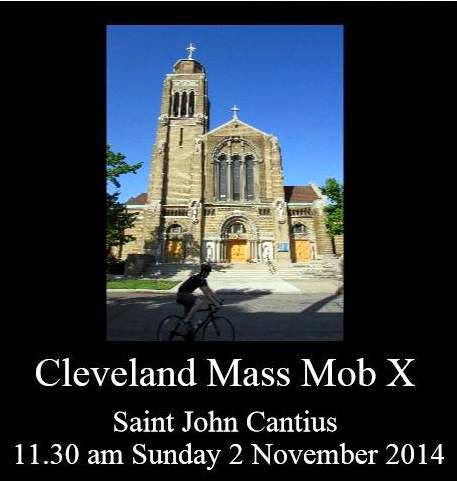 The first Mass Mob was held in Buffalo's Saint Adalbert's Basilica* on All Souls 2013. In a salute to the Buffalo Idea, we believe All Souls Day is a grrreat day for a Mass Mob.

The parish began in 1898, the present church came 1924 with some art deco elements. It is another parish church built in a Polish cathedral style. There were many built in the United States, some are still in use [some sadly have been destroyed, or are listed for destruction (and some people are fighting to save them)]. Cleveland has a few of them, this is the third such we are mobbing. The area it is in is now called Tremont (after the very near public grade school), the Poles called the area 'Kantowo' after the parish. This area of Cleveland may be the most densely concentrated in churches of any neighborhood in the United States. 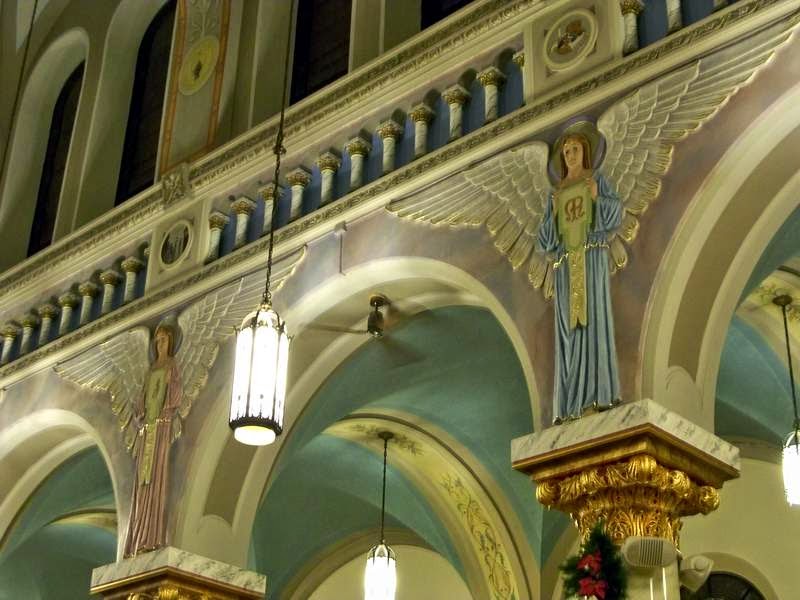 ____________
*Basilica (correction, proofreading did not occur). Yes, this was the first Basilica in the United States. Basilica is a special honor and categorisation of a church building. The Buffalo Diocese has denied the status. The exalted status, means something to Rome, and therefore is taken away some authority from a local bishop's jurisdiction over that building, something that many bishops resist.