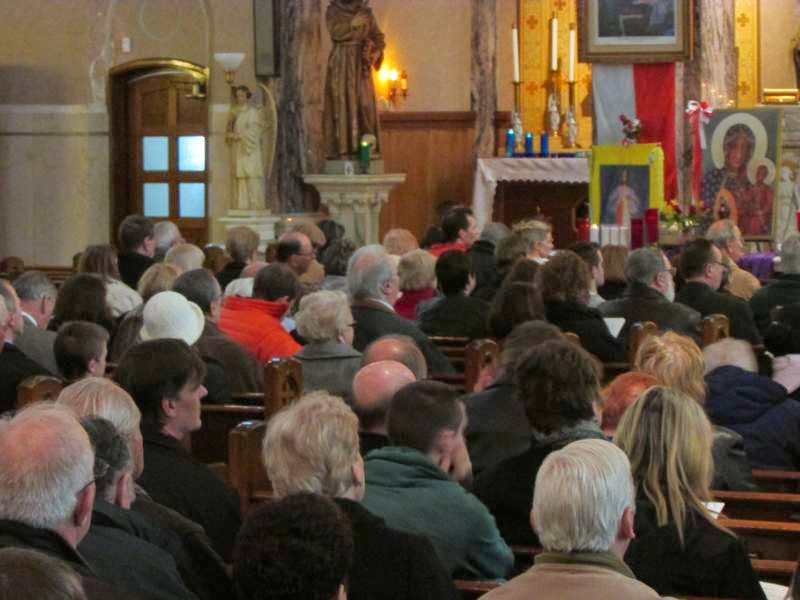 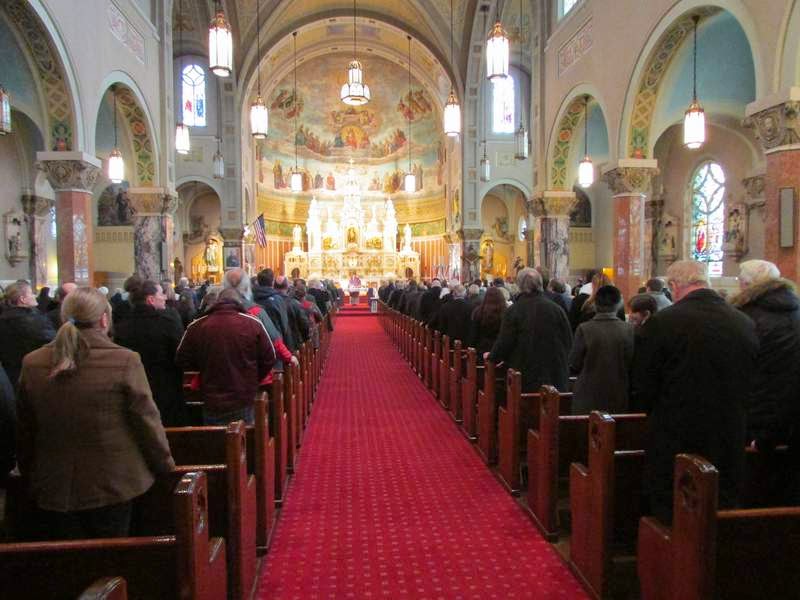 Where does the movement stand?  It is still nascent.  The Buffalo model suggested an internet presence by social media, and also interaction by the regular media. Eleven locals announced, three never really started [by evidence from a distance], a couple do not give much to look at.

New York City will have their premiere on the first of June, and the original [Buffalo] will have number four. The most successful mobbings were Cleveland I, and then Buffalo III. Buffalo has had the best relationship with the internet, and the press.

The most positive and perceptive analysis of the mass mobs was by Clarissa Aljentera writing on Busted Halo. It really is good reading.

How will this be in a year? Will there be another wave of engaged locals? or less, and sputtering?

Well, Cleveland has seen three, and the fourth is on June 8th, Pentecost, the perfect day for a Mass Mob. Cleveland has five additional scheduled, and is planning to schedule more after Cleveland Mass Mob IV—Saint Colman. At first, winter was problematic (and may still be), and the thought was to be very light in scheduling, especially since Cleveland will be the national leader in mobbing this year; but a new member of the organising group is enthusiastic about winter dates. I think, there are a couple of surprises. I am really looking forward to #IV: early summer, in a big beautiful church, with a history of gathering for big events, and a much respected pastor, soon to be retired. Saint Colman has been a success story. A standing room crowd is not unexpected. There is seating for a thousand. 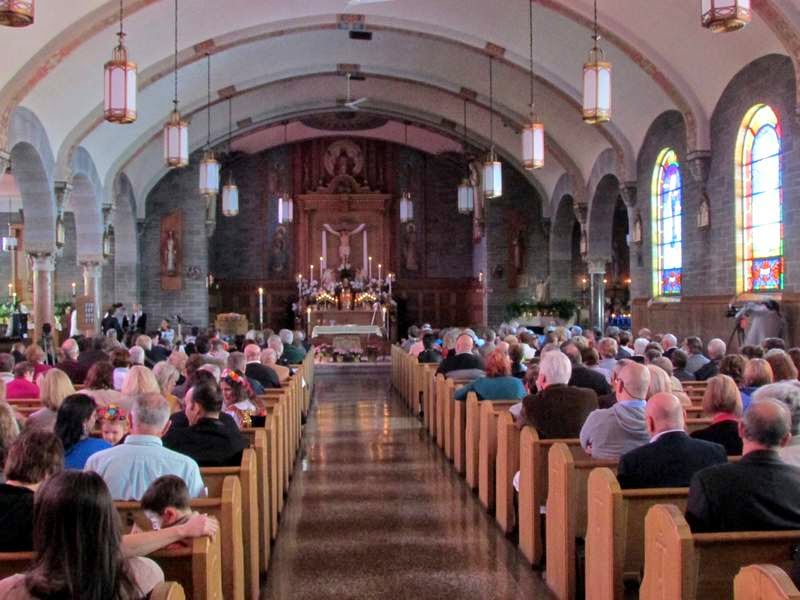 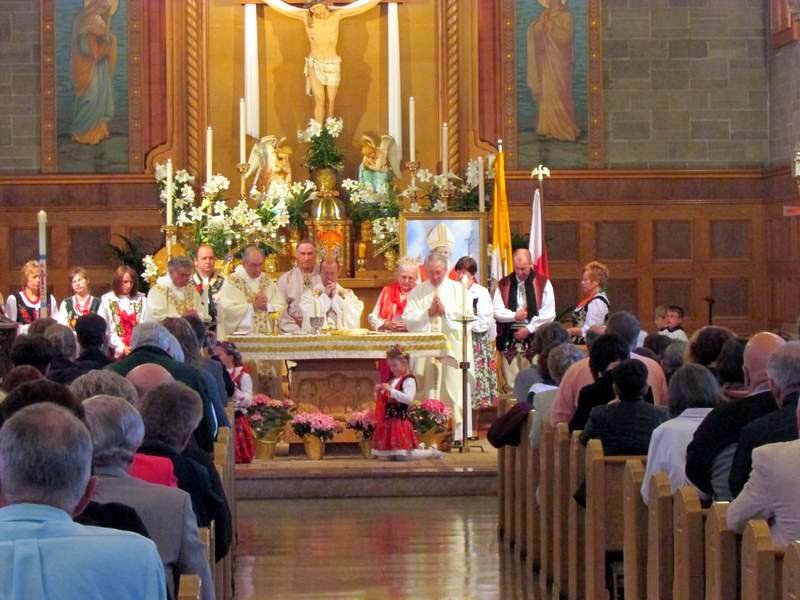 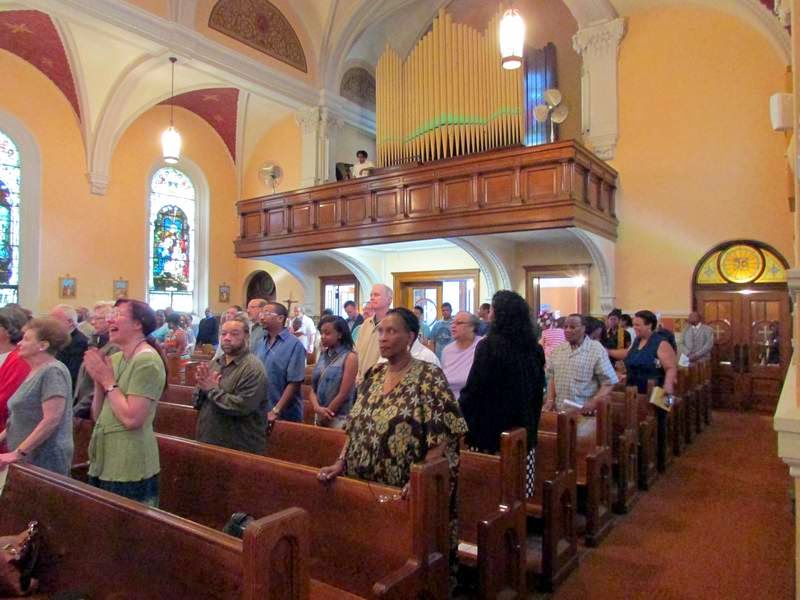 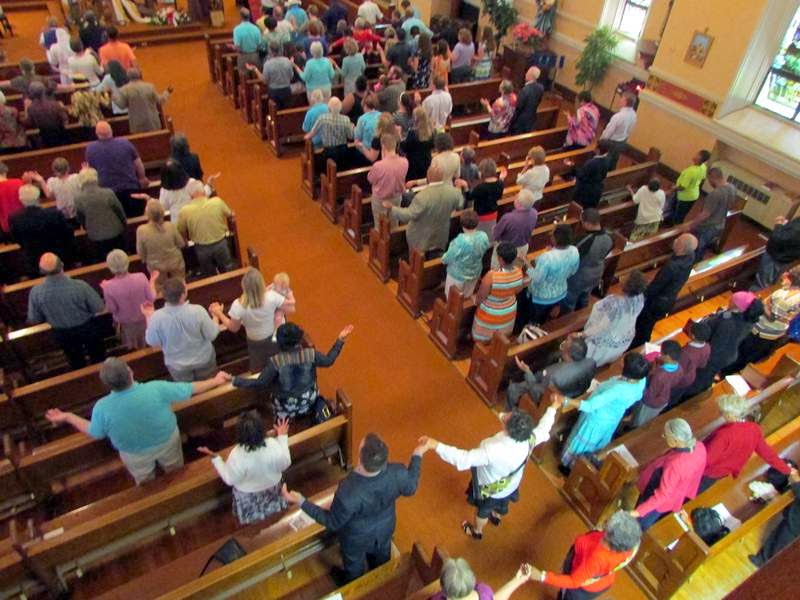 It is also like we are having a tour of parishes. A friend wrote to me, "And a most important point about Mass Mobbing -- it is such a joyful experience. To see the variety of churches...to participate in the variety of liturgies, to see old friends, to make new ones....what better way to begin the week. St. Adalbert was such a happy mobbing.".
at 9:17 PM No comments: 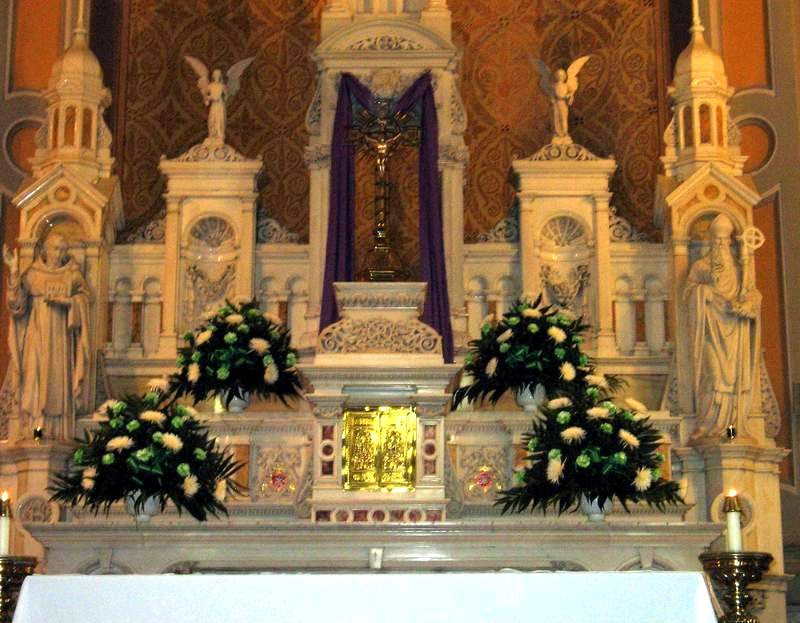 When i entered Saint Colman's church on Saint Patrick's Day 2009, a television cameraman behind me, said in surprise, “this place looks better than the cathedral [John the Evangelist Cleveland]”. And it does. It is the custom in Cleveland, that, on the morning of every March 17th there are well attended Masses at several Irish parishes in Cleveland. On that day, there were twenty priests there to distribute Communion. Colman's pews, now, sit only a thousand. The choir loft [balcony] has no seats, it was densely standing room; and it was standing room in the nave, the narthex, the steps, and the sidewalk. Now, some of the people outside were not interested in Mass. People come to these Patricio Masses, and many go downtown for the parade, which in recent years has an audience of 200 thousands, or double that in good weather. At Colman's, there is a party in the crypt level serving food after the parade.

These numbers and activities are not out of the ordinary. You must realise, people here really want to celebrate something. For years, when Municipal Stadium was standing, opening day of baseball sold out, and then much of the rest of the season had six thousand in attendance. Every football game was sold out. Ah, that old, ugly, and stinky stadium, which looked like London's old Wembley, attracted eighty thousand (80,000) people to it. Well this particular day was something out of the ordinary.

On March 14th the news came as a shock to all, Saint Colman was to be among over fifty parishes to be closed on order of the bishop. Before Mass began on the 17th there was an all out push to save Colman's. Petitions were distributed, signed, and collected. Political representatives were called in, and so on. The pastor of St. Colman's gave a fiery defense of his parish before Mass. It turned to be a colossally stupid bit of timing for the reaper's list to have been announced on the eve of the Ides of March, hours before St. Patrick's Day. A very hard, AND PUBLIC campaign was mounted by Saint Colman's, and Saint Ignatius of Antioch's parishes, which successfully changed the bishop's decisions. Three years later all the parishes' appeals the bishop refused, and who then later appealed to Rome, proved successful. In those eleven decrees, Rome, in the end, sided with the parishes.

Colman's and Ignatius' were spared the break of continuity the eleven parishes that were in hiatus suffered through. Their appeals, if presented to Rome, would have also have been adjudicated successfully. They were spared the waiting period because of their quick, aggressive, co-ordinated, and public appeals.

The parish is a community of believers in God. One important question is what is the basic Christian unit? the parish [which was chartered by Jesus]*?, or the diocese? The diocese was a Roman governmental administrative unit of subprovinces.
__________
*“For where there are two or three gathered together in my name, there am I in the midst of them.”— Matthew xviii. 20.
at 12:01 AM No comments:

El Greco. Pentecost. c.1596-1600. Madrid.
And when the days of the Pentecost were accomplished, they were all together in one place:  And suddenly there came a sound from heaven, as of a mighty wind coming, and it filled the whole house where they were sitting.  And there appeared to them parted tongues as it were of fire, and it sat upon every one of them: And they were all filled with the Holy Ghost,...  — Acts ii. 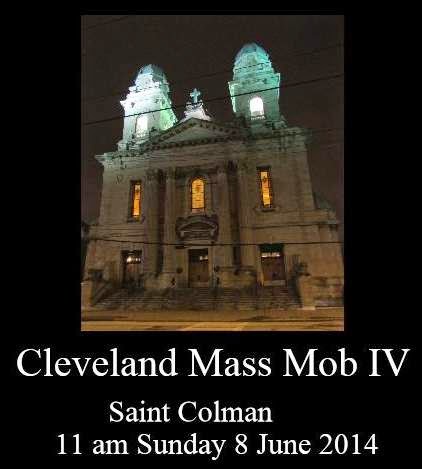 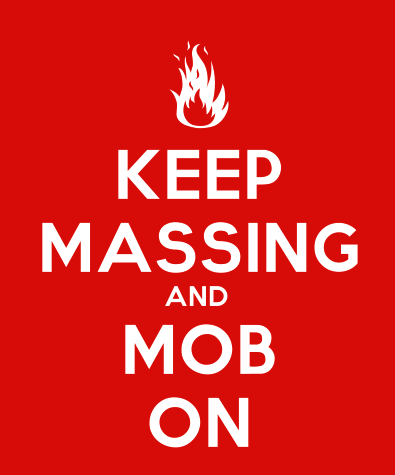