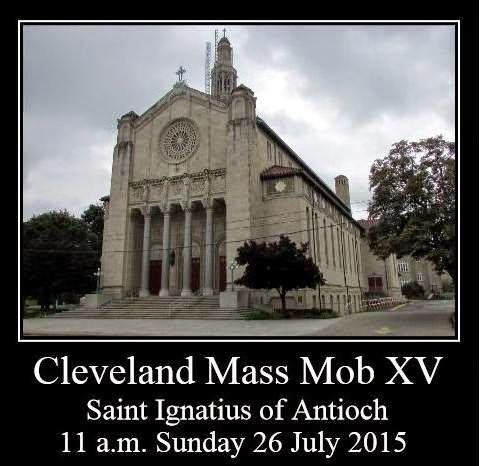 The present church was built (1925-30) delayed and finished during the Great Depression. As life has strange episodes, the first Mass in the current church [then incomplete upper church, a lower floor was being used] was the requiem for its pastor, Thomas Hanrahan. He had gone to Rome, a few years earlier, and wanted the new church to look like the Basilica of St. Paul Outside the Walls.

The church has two dozen columns of Italian marble. The outside is of Bedford limestone. Its ground storey stained glass windows have fives scenes stacked on each other, and there is a clerestorey level of smaller windows. Each is of many pieces of deeply colored glass to look like high mediæval glass. The stations of the cross are metalwork.

It is the second tallest church in Cleveland. The campanile (bell tower) rises 210 feet, and dominates the neighborhood. It is lit up at night and is a landmark along Interstate 90. Recently the tile roof, and stone work of the tower have been refinished, repaired, and strengthened.

This is one of two (St. Colman's, the other) parishes that massive public pleading prevailed to have removed from the closure list of 2009. These two closings would have left a chasm about Lorain Avenue. Come and see the church, and meet some of the people. 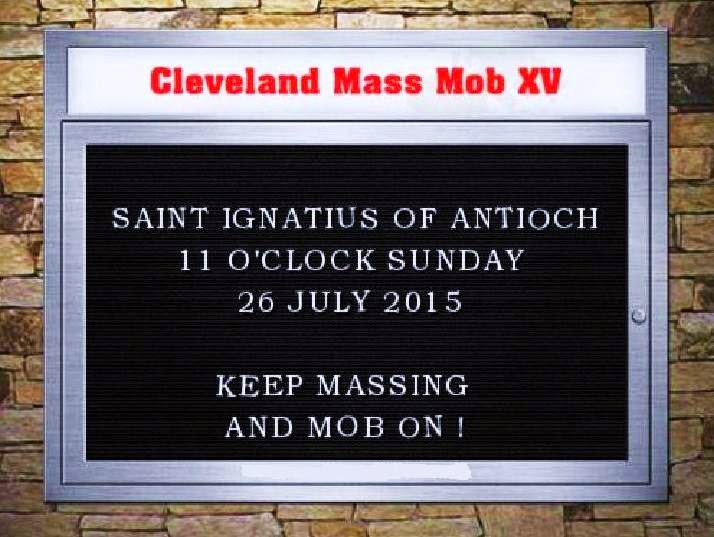