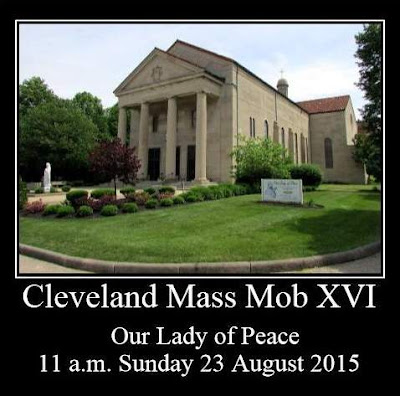 To-day, all around the world there are Luna Park amusement parks. The first was in 1903 on Coney Island (New York City). Frederick Ingersoll, a creator of roller coasters and other rides, began the first chain of such parks. 1905 he opened his first two of forty-four in Pittsburgh and Cleveland. Prohibition and the Depression ended the park. In 1940, Woodhill Housing projects went up on the Cleveland site.

Father James Cummins was an infantry chaplain in the last days of, what was then called, the European War. The war experience affected him deeply. After the war, he began a new parish in the Larchmere neighborhood (beyond Woodland and Buckeye), Our Lady of Peace. Before a temporary church could be built, the parish first met at the Luna Park's billiards hall. A wooden church was ready for Easter 1920 on Buckingham. In three years a new solid church was ready, and is now Cummins Hall. The present church was built between 1949 and 1951. The parish that began after the First World War, had a new church after the Second World War.

To-day, Our Lady of Peace is the home of St. Raphael Syro-Malabar Catholic Mission of Cleveland. Once a month, Mass is said in Malayalam (language of Kerala state in India). They are one of the St. Thomas Christians. Once a month, a Mass is said in the Igbo language of southern Nigeria for Roman rite Catholics. This Mass Mob will be mostly in English, with a word or two in Aramaic, and maybe Greek, Latin is a possibility; but the congregation are to say and sing these words.  Pax vobiscum — you all. 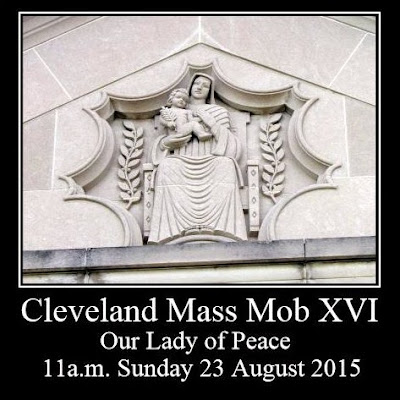