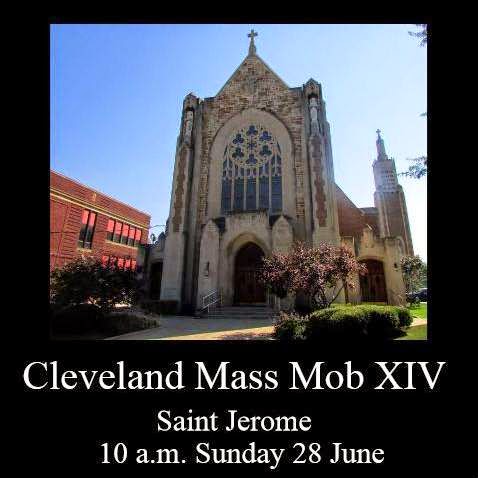 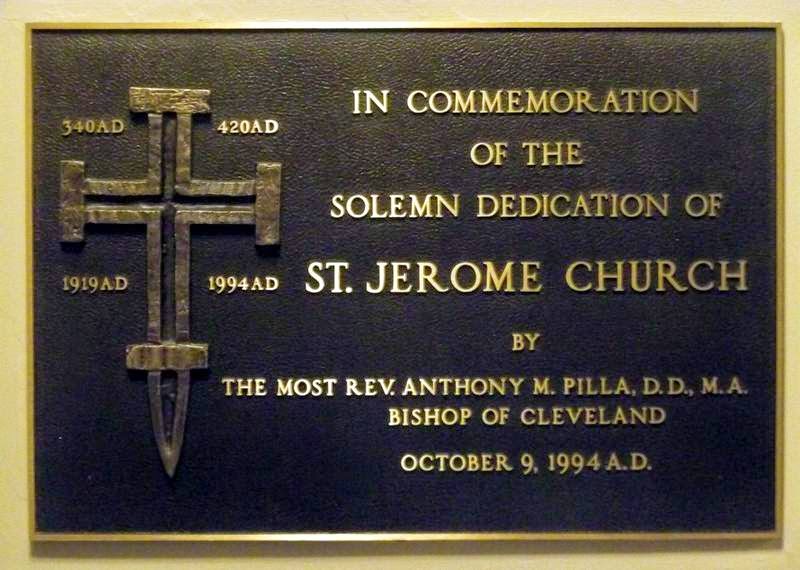 The mob goes to North Collinwood this time. As the fotos suggest the patron of the parish is St. Jerome. The plaque gives his life dates (*340, 420†), and the founding of the parish (1919) and the consecration of the church (1994). 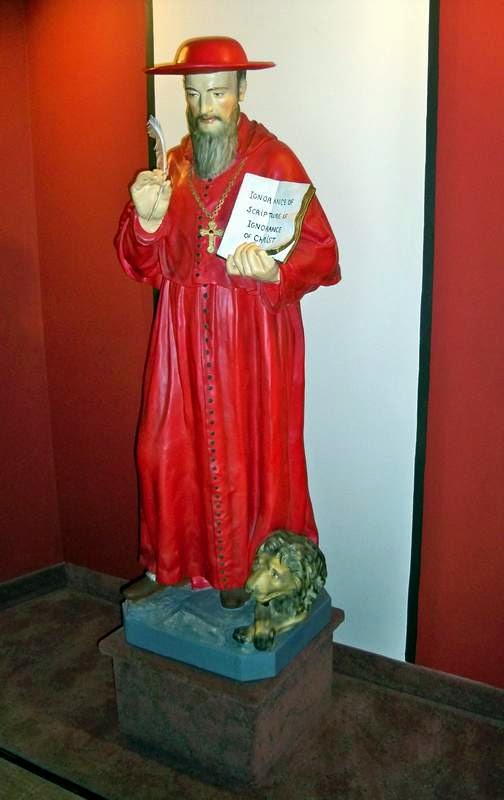 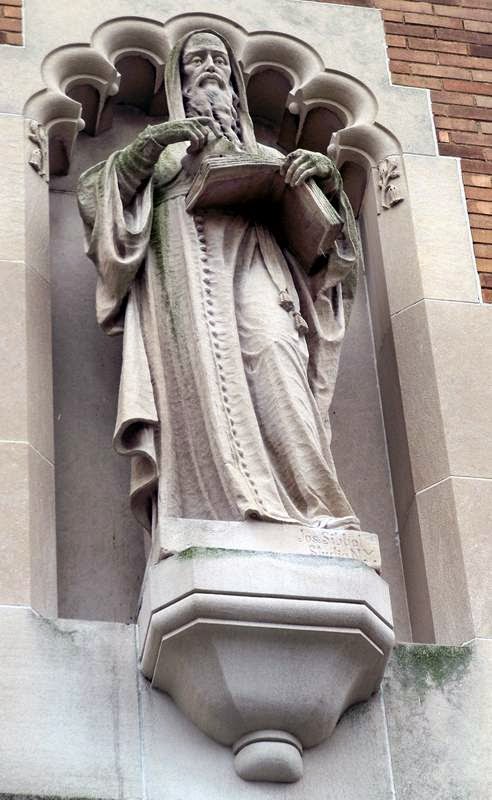 We see St. Jerome anachronistically dressed as a cardinal, centuries before the office existed. For some years Jerome was a scholarly hermit. He is one of the four chief doctors (teachers) of the early Roman Church. His translation of the Scriptures were the official standard throughout Christendom. The statue on the right, which sits in an alcove that held a confessional, Jerome holds a book opened to his words "Ignorance of Scripture is Ignorance of Christ". The statue in the center is outside on the campanile (bell tower). It is an older picture, before the tinge of moss was removed. On the left is a window from the choir loft. Jerome's likeness is unknown after so many centuries, so the artist can use his judgment. From description, we know that Jerome had lost an eye, and the depiction with the lion was confused with Androcles.

The present church building began in 1950. It is one of the few post war churches built in a gothic fashion. The stained glass windows were made in Boston in 1951 in mediæval style, the great entrance window has delicate stone tracery, and niche stones are cut for that ancient fashion.  For some reason there is a heraldic Scottish lion, and thistle on the outside walls. Entry door are solid wood with carvings. In addition there is a beautiful side chapel dedicated to St. Joan of Arc. O, yes, Saint Jerome is a beautiful church.

We scheduled this mobbing with Fr. Anthony Cassese late last summer. The long time priest (and pastor) of the parish died the penultimate day of last year.
at 12:30 PM