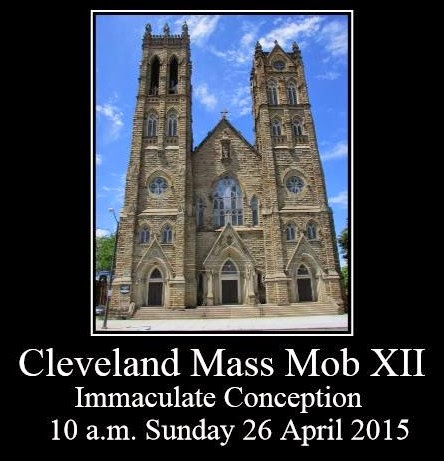 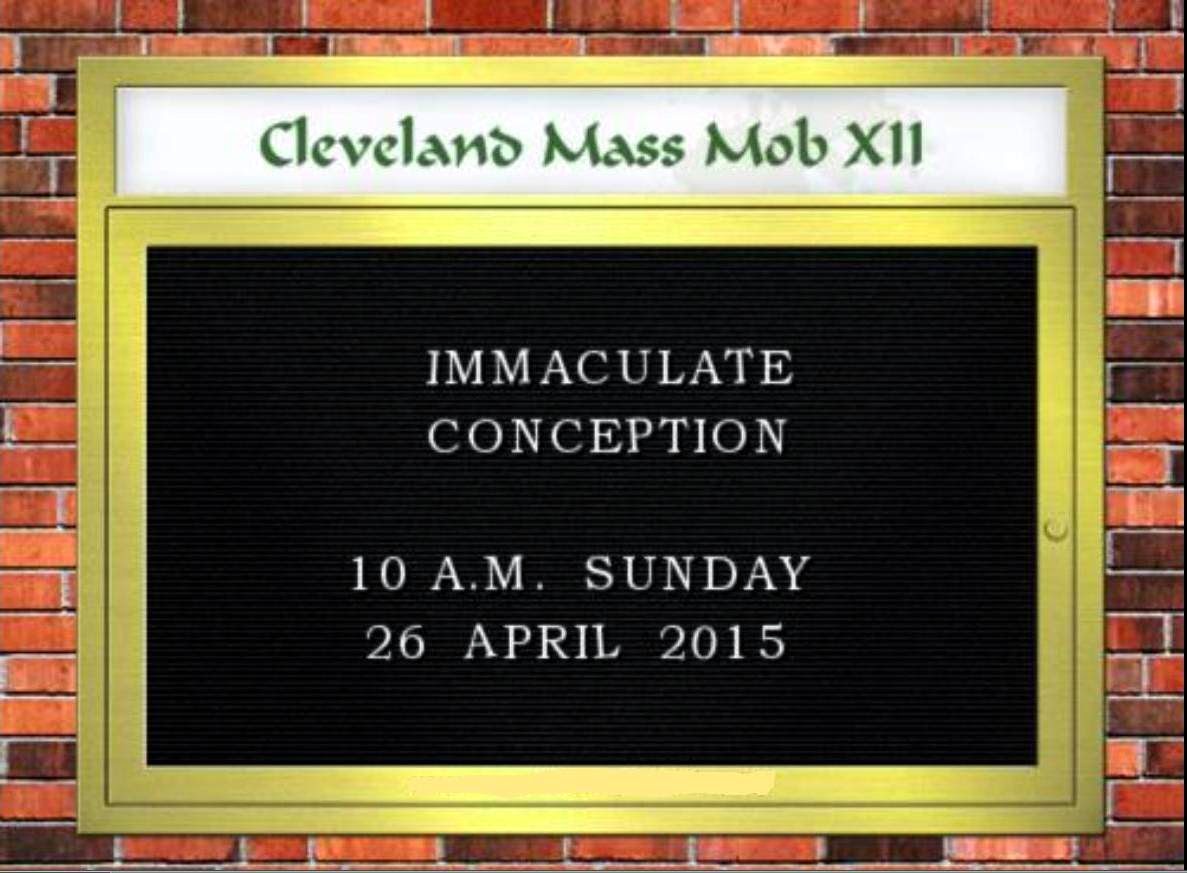 Come celebrate with the parish of Immaculate Conception for their 150th birthday. The parish is one of the oldest in the city. It began as a mission in the back of St. John's, the then very new cathedral. The chapel was moved whole east into an Irish neighborhood in 1856. Immediately after the War for the Preservation of the Union ended, the mission church became a parish (1 May 1865) with a French priest. The first bishop of Cleveland was a Frenchman, and to Cleveland came French sisters and priests to several churches. The neo-gothic church of to-day, had its cornerstone laid on the Feast of the Assumption 1873. Construction of the final stones waited for the new century.

Superior Avenue had several Catholic churches, as none were permitted in the nineteenth century on parallel Euclid Avenue. Since then: St. Columbkille is now in Parma. St. John the Evangelist had been enlarged and remodeled, more than once. St. Thomas Aquinas is gone, the school remains. St. Francis burned and the church moved to the school building and the parish has been just recently been eliminated, as has the nearby St. George whose property has been sold and is returning to nature. St. Andrew Svorad (the original home of the Benedictine Abbey and high school) has also been made to go extinct, and had been abruptly demolished with the bell still in the church, days before an announced list of parish closures. St. Peter, which was closed for a time, has been reopened by Rome.  St. Nicholas Byzantine continues on. Immaculate Conception (or the Mac) has retained its form and beauty. The stained glass, the stations, the organ are beautiful. The church is a sensual treat of sacred space.

Post World War II urban change, including highways, has reduced the population in the city and its neighborhoods. The urban Catholic villages are barely remnants. The church is not as filled as it has been, and most Masses are said in English; but Immaculate Conception was the first church in Cleveland to have the return of the Latin Mass in 1989.
__________________________________
Mass Mob Principle:
A church is not common real estate. A church is sacred space, wherein the People of God gather to celebrate the Eucharist and other Sacraments as a community.

Mass Mob Foundational Statement:
We wish to attract people to come for a Mass, a celebration of Liturgy and Eucharist, in a parish community of an historical, and beautiful church.

The 'mob' is the People of God.

Keep massing and mob on!